God always answers prayer - just maybe not with an answer you were expecting!

Over the years, I’ve discovered from Scripture and experience that God loves to answer our prayers. Here are five of his most frequent answers:

The Lord of the universe isn’t under obligation to say "yes" to every prayer. That’s a good thing considering some of the things we request!

But sometimes God says "no" to our most heartfelt requests. Have you discovered this to be true in your own life? I certainly have. When my friend Diane started losing her hearing. When my mother-in-law came down with polio. When my nephew contracted AIDS.

I would be known as Luis Palau Jr. if it weren’t for the fact that God said "no" to my most earnest childhood prayers. Shortly after my tenth birthday, my father, Luis Palau Sr., contracted bronchial pneumonia and died ten days later.

Death became, to me, the most undeniable reality under heaven. Everything else can be rationalized and wondered about and discussed, but death is there, staring you in the face. It’s real. It happens. Even to the most godly people. No matter how hard we pray. Why? Because we still live in a fallen world.

I’ve been reminded of this repeatedly since the September 11, 2001, terrorist attacks on America. Tens of thousands of lives were spared. But God said "no" to thousands of other prayers. Will good come of their deaths? I believe so.

Without a doubt, the death of my father has had more impact on my ministry than anything else in my entire life, besides my own conversion to Jesus Christ. My wish and desire is that people get right with God, settle the big question, and die happy, knowing...like my father...that they will be with Jesus, "which is better by far" (Philippians 1:23). Does that mean we shouldn’t bother to pray? Just the opposite. Over the years, traveling throughout the world, I’ve discovered four other ways God frequently answers prayer. Believe me, He loves to say yes!"

Immediate answers to prayer. You want them. I want them. But God simply does not always work that way. And to get His best, we must be patient. In some cases, we must wait until 11:59 for His answer to come.

Phil Callaway didn’t know what to say when his young children asked if Mommy was going to die. His wife, Ramona, suffered horrible seizures. Hundreds of friends and relatives prayed, but Ramona’s weight eventually slipped to ninety pounds. Medical specialists tried everything, but by the fall of 1996, the seizures were occurring daily, sometimes hourly.

Phil rarely left Ramona’s side. He wondered if she would even make it to her thirtieth birthday. One evening, when things looked utterly hopeless, Phil paced their dark backyard, then fell to his knees. "God!" he cried out. "I can’t take it anymore. Please do something!"

As he stood, a doctor’s name came to mind. Phil called the doctor, who saw Ramona the next morning and diagnosed a rare chemical deficiency. Within a week, Ramona was a different person. The seizures ended. Her eyes lit up with the sparkle that had first attracted Phil to her. The miracle was so incredible Phil says, "God gave me back my wife."

Ask and it will be given to you; seek and you will find; knock and the door will be opened to you" Matthew 7:7.

3. “Yes, but quite different from how you thought I would answer."

Have you ever asked God to use you? If so, expect the unexpected!

National Football League running back Sherman Smith, the "Sherman Tank," stood six feet four inches tall and packed two hundred twenty-five pounds of the most muscle you’d ever want to tackle. His reputation for bowling over defensive linesmen raised his celebrity to near-cult status in the Pacific Northwest, where he played for the Seattle Seahawks. He was treated like royalty.

Then, without warning, the Seahawks traded their most popular player to the San Diego Chargers Everything changed overnight for this running back whose Christian faith was as rock solid as his rib cage. He wasn’t with the Chargers for more than a few weeks when he blew out his knee. While in rehabilitation, he wondered, Lord, why did you ship me to San Diego?

But while his knee mended, Sherman had the opportunity to lead one of his teammates to the Lord. That converted party-man, Miles McPherson, has since become an outstanding youth evangelist who reaches tens of thousands each year.

Why was Sherman traded to San Diego? He now knows God wanted to use him, all right!

Trust in the Lord with all your heart and lean not on your own understanding; in all your ways acknowledge him, and he will make your paths straight" (Proverbs 3:5-6).

Ever wonder if the Lord knows what you want and need?

Australian David Smallbone felt God leading him to promote Christian concerts. He started in a country where Christianity had taken root among only five percent of the people. When too few fans filled seats during one major tour, however, David took a $250,000 bath in red ink.

Creditors swiftly repossessed his home, and the father of six looked for work elsewhere. A top artist offered him a job in Nashville, so the Smallbones sold their furniture and other possessions and purchased tickets to America.

A few weeks after they arrived in the U.S., however, David was informed that his position was no longer available. He literally could not get out of bed for several days. Then he and his wife explained what happened to the children. They got on their knees and asked God to help them.

Flash forward to today. David promotes his own daughter’s sold-out concerts. Rebecca St. James has become one of the hottest Christian artists in America. Christianity Today magazine has named her one of the top fifty up-and-coming evangelical leaders under age forty. We love asking her to sing at our evangelistic festivals around the country.

"'For I know the plans I have for you,' declares the Lord, plans to prosper you and not to harm you, plans to give you hope and a future'" (Jeremiah 29:11).

Many people think prayer is complicated. Actually, the simplest prayer can bring you the miracle you need, when you need it.

After a serious fall, an older gentleman named Luke Mulder prayed to receive Jesus Christ. He then prayed for his wife, Clara, who was visiting her sister in California. That very same day Clara heard a Gospel presentation and trusted Christ.

Christian cartoonist Ron Wheeler dreamed of creating evangelistic tracts, but he needed a new computer. He did his homework, found out what he needed, and started to pray. Two weeks later, a friend called Ron out of the blue and offered him a new computer...the exact model Ron had been praying about. Shortly after setting up the computer, Ron received a phone call from American Tract Society asking him to design a whole series of evangelistic cartoon tracts.

My friends Esteban and Carmela Tosoni were driving one of the highest mountain passes in the world when their car broke down at dusk. They were twenty miles from the nearest town. So the Tosoni family prayed for God to send help. When they opened their eyes, a mechanic appeared out of nowhere, walked straight over to their car, immediately asked if he could help, fixed their gas filter, then departed.

The prayer of a righteous man is powerful and effective" (James 5:16).

God shows His love for us in how He answers our prayers even though sometimes it is a no. Did you feel comforted after reading 5 Ways God Answers Prayers? Share with us what's going on in your life. 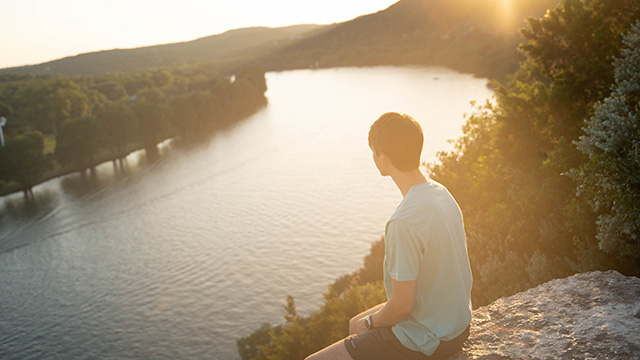 These are some basic truths that can help you love God even more. 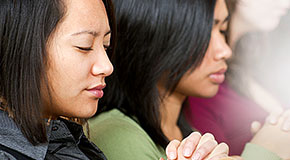 Why Does God Answer No to Some Prayers?

The Bible tells us that God answers prayer, and yet we don't always get what we pray for. Why not?