In ALL things, good or bad, God will work for GOOD for His children who love Him.

Forced into foster care at age 7 because of a dysfunctional family, Tyrone Flowers lived out a next decade of hell. His homes over the next 10 years: three different foster homes, residential treatment facilities, eight different group homes, and juvenile reformatory school.

At 17 he was dealt an even more cruel blow, leaving him handicapped and asking "why me?"

Yet Tyrone's story did not end there. His self-pity turned into something else that was able to change those first 17 years into good, giving him purpose in life, and allowing him to impact the lives of others. He saw disaster changed into triumph, further reinforcing his faith and hope, and inspiring others in the process.

Romans 8:28 says, "And we know that in all things God works for the good of those who love him, who have been called according to his purpose." Notice Paul doesn't say that only good things will happen to those who love God. In fact, the Bible promises troubles while we live in this world.

What Paul means is that in ALL things, good or bad, God will work if for GOOD for His children who love Him. It was not God's desire for Tyrone to be paralyzed. The man who shot Tyrone was doing evil, not good.

But the great thing about God is that He will take the worst, most painful situations and turn them into something beautiful. Because of Tyrone's disability, he cried out to God like never before, and found his calling.

If we present everything in our lives (the good and the bad) to God and ask Him to use it for His glory, then we won't live in regret. In fact, we can be thankful for painful experiences, because in those times we draw nearer to God. And we can also minister to others who might be going through the same things we went through.

Thinking of your own life experiences, what does Romans 8:28 mean to you? How have you seen the promise in this verse lived out - in your own life and/or in the lives of others? What struggle are you going through right now? Share with us and someone will pray for you. 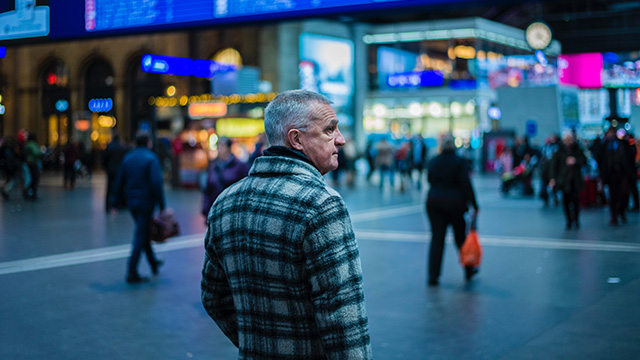 How God Can Turn Your Afflictions Into Good

God Rules Over Everything

God has a different kind of sovereignty. He is in complete control for eternity.