A Lawyer Fails To Make His Case

Be careful not to fail your own test

A lawyer stood up to put him to the test, saying, ‘Teacher, what shall I do to inherit eternal life?’

The people knew there was something different about Jesus. “No one ever spoke like this man!” they said (John 7:46). “The crowds were astonished at his teaching, for he was teaching them as one who had authority, and not as their scribes” (Matthew 7:28).

It was the religious leaders who kept trying to “entangle Him in His words” (Matthew 22:15-16). But they always ended up getting tangled up themselves.

One of the most memorable examples of this gives us the story of the Good Samaritan:

An expert in the Old Testament Law stepped up “…to put him to the test” (Luke 10:25). His question was about how to earn eternal life. Jesus answered, “What is written in the Law? How do you read it?” The lawyer responded, “You shall love the Lord your God with all your heart and with all your soul and with all your strength and with all your mind, and your neighbor as yourself.” Jesus said to him, “You have answered correctly; do this, and you will live” (Luke 10:26-27). The lawyer may have been able to answer this question on his own, or he might have known about a similar encounter in which Jesus gave this answer to a scribe when he questioned Him about the “most important” commandment (Mark 12:28-34).

Jesus’ answer implied the lawyer had not “done this” – he did not love the Lord with all his heart or his neighbor as himself. “But he, desiring to justify himself, said to Jesus, ‘And who is my neighbor?’” (Luke 10:29). God was in front of him, telling him that he did not qualify when it came to love for God. The lawyer’s answer was meant for the other listeners. His answer did what you and I have often done: get something defined as narrowly as possible in order to try to get out of something.

Instead of answering directly, Jesus told the story of the Good Samaritan (Luke 10:30-36). In it, “the good people” (a Priest and a Levite) avoided responsibility to help a suffering victim of a violent attack. The helper in the story was a Samaritan. His people were foreigners to the Jews, and they avoided them. Yet this one went to great lengths to help the injured man. Like the religious people, the lawyer was trying to avoid responsibility to love his neighbor. And he had to admit that it was the Samaritan, the one who had compassion, who had been neighbor (and thus had fulfilled the law, as Romans 13:8-10 says) to him. The reverse is also true: if a person’s love fails at any place, it shows that they have earned death (Romans 6:23), not eternal life. James 2:10 says, “For whoever keeps the whole law but fails in one point has become guilty of all of it.”

When it came to Jesus, some of the most trusted “religious leaders” misled the people and told outrageous lies. His message infuriated them because it was true. Some of the religious leaders mentioned in the Gospels belonged to parties that couldn’t even stand one another – except when it came to resisting Christ. His perfect truth and perfect love confronting their unjust authority led Him to the cross. “But God raised him from the dead” (Acts 13:30).

The enemies you make when you start seriously following Jesus may surprise you. They might be your most religious friends. “Indeed, all who desire to live a godly life in Christ Jesus will be persecuted, while evil people and impostors will go on from bad to worse, deceiving and being deceived.” (2 Timothy 3:12-13)

The truth is that your religious friends (like those in Jesus’ day) may very well have missed Jesus. Remember, He did “not come to call the righteous but sinners to repentance” (Luke 5:32). All of us have fallen short (Romans 3:10) of God’s standard and earned eternal separation from Him (Romans 6:23). But until we’re willing to admit that guilt, we’ll miss Him too. It’s been said that when we “rationalize” our sin we are telling ourselves “rational lies.” To hear His call, you have to understand the case Jesus brought against the lawyer. The law cannot make us right with God (Galatians 2:21). It can only show that God does not have our whole heart and we do not love our neighbor as ourselves. But if you change your plea to “guilty” you are ready for His grace.

Search me, Oh, Lord, and show me where I am telling myself lies about my relationship with you or others.

We’re told in 2 Corinthians 13:5 to “examine ourselves.” Was there ever a time in your life when you saw yourself as a sinner Christ called to repentance? 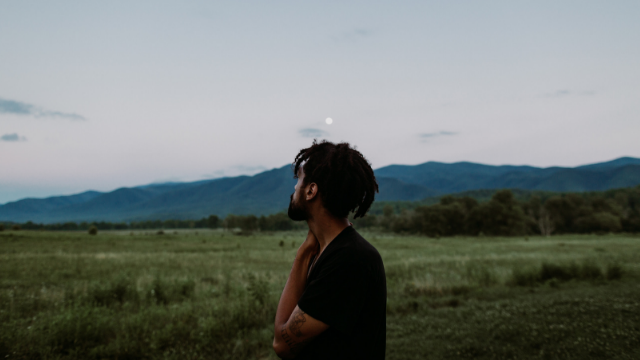 Can Justice and Mercy Work Together?

Here’s how God gives justice and mercy for your benefit