Why is the Resurrection so Important?

My friends, I want you to remember the message that I preached and that you believed and trusted. You will be saved by this message, if you hold firmly to it. But if you don’t, your faith was all for nothing. I told you the most important part of the message exactly as it was told to me. That part is: Christ died for our sins, as the Scriptures say. He was buried, and three days later he was raised to life, as the Scriptures say.

What makes Easter the most important day in the Christian calendar – bigger even than Christmas? Here are three simple reasons:

1. The Resurrection is a Historical Fact

Just days earlier, Jesus had been betrayed and arrested. He was beaten, mocked, tortured and executed. His disciples had scattered, His closest followers denying that they even knew Him. It seemed like total failure.

But on Sunday morning, the women who had come to anoint Him found, not a body, but an empty tomb. The Jewish leaders chose to spread the story that someone had stolen the body (Matthew 28:13).

Then, as it says in 1 Corinthians 15:5-6, “Christ appeared to Peter, then to the twelve. After this, He appeared to more than five hundred other followers. Most of them are still alive, but some have died.” To back up his statement, Paul says, in effect, “You don’t believe me? Go ask the people who were there!”

2. The Resurrection is Central to Our Faith

The resurrection is more than a nice afternote at the end of the story.

Again, read what the Apostle Paul says: “You will be saved by this message (of the resurrection), if you hold firmly to it. But if you don’t, your faith was all for nothing” (1 Corinthians 15:2b).

If Jesus’ story ended at the cross, His claims of divinity and of the power to forgive sin, would be empty. Christianity would be just another philosophy for living, another list of “what to do” and “what not to do” – and eternal life, only a wish.

But because Jesus rose from the dead, his claims were confirmed and His authority validated. He truly is Lord and Savior to those who put their trust in Him. And those who do not follow Him are deserving of judgment: “No one who has faith in God’s Son will be condemned. But everyone who doesn’t have faith in him has already been condemned for not having faith in God’s only Son” (John 3:18).

“If our hope in Christ is good only for this life, we are worse off than anyone else. But Christ has been raised to life! And he makes us certain that others will also be raised to life” (1 Corinthians 15:19-20).

Have you ever observed a baptism? As the person was dipped into the water and then lifted out, the minister probably said something like this: “Buried with Christ; raised to walk in newness of life.” This is almost a direct quote of Romans 6:5, “If we shared in Jesus' death by being baptized, we will be raised to life with him.” And Paul goes on to say, “As surely as we died with Christ, we believe we will also live with him” (Romans 6:8).

This shows that we are completely connected – that is, united – with Jesus, in His death and resurrection (Romans 6:1-11). Our sins were crucified on the cross with Jesus (Colossians 2:14), as was our old human nature’s power over us (Galatians 2:20).

And some day, the Lord will return for His people. Believers who have died will be resurrected first (1 Thessalonians 4:16-17), and all of us will receive amazing glorified bodies.

So this Easter, think about all that the resurrection means for us, and give praise to our great God for His glorious and wonderful plan for His children.

Thank you, Lord Jesus, that You did not stay in the grave, but You are alive today. Thank You that everyone will see You and bow down to You when You return. Thank You that because You rose from the grave, we also will rise and reign with you in Heaven. Give me the faith to believe and to live for eternal things.

Need to find out more? Do you have questions about the resurrection? A friendly helper is just a click away. 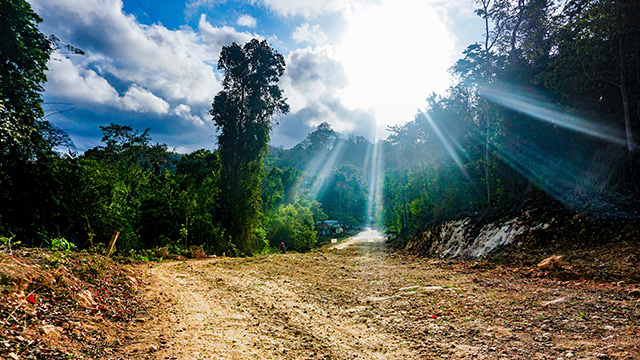 How to Get Jesus’ Resurrection Power

When all hope is lost and you are ready to give up, how can the power of the resurrection help you find hope again?