God wants us to share His good news with everyone

And he had to pass through Samaria. So he came to a town of Samaria called Sychar, near the field that Jacob had given to his son Joseph. Jacob's well was there; so Jesus, wearied as he was from his journey, was sitting beside the well. It was about the sixth hour. A woman from Samaria came to draw water. Jesus said to her, “Give me a drink.” (For his disciples had gone away into the city to buy food.) The Samaritan woman said to him, “How is it that you, a Jew, ask for a drink from me, a woman of Samaria?” (For Jews have no dealings with Samaritans.) Jesus answered her, “If you knew the gift of God, and who it is that is saying to you, ‘Give me a drink,’ you would have asked him, and he would have given you living water."

Though most of our personal evangelism probably happens in the context of some kind of relationship (friend, family member, coworker, neighbor, classmate, teammate, etc.) there are countless opportunities we have throughout our lives to engage complete strangers with the Good News, just like Jesus did with the Samaritan woman in John 4.

To miss those opportunities is to miss the hand of God in our everyday lives. I believe that He is constantly orchestrating moments where intentional Gospel conversations can take place.

The gospel has power

After the woman at the well went back to town to proclaim her newfound faith in Christ, He told his astounded disciples (a rabbi would never talk to a woman in this culture, let alone a Samaritan woman like Jesus did) this: “You know the saying, ‘Four months between planting and harvest.’ But I say, wake up and look around. The fields are already ripe for harvest” (John 4:35). In the same way we must wake up and look around to see the ripe harvest field around us every day... at the restaurant we frequent, in the grocery store we shop at, at the gym we work out in.

There’s something inherently powerful about the message of Jesus, so much so that most of the evangelism you read about in the New Testament centers around Jesus and the disciples reaching complete strangers with the Good News. These are people they bumped into along the way. They were fishermen, tax collectors, everyday Harrys and Sherrys who needed that message of hope.

Those kinds of people are all around us today. In this high-stress, low-hope culture, people need the Gospel message now more than ever.

I know that we’re called to make disciples (not just converts) and I’m convinced that disciples can best be made in the context of a relationship, so I believe that a huge part of our evangelistic efforts should center around people we know and are getting to know. Because once they come to Christ we can help them grow in Christ so they can make more disciples.

A story of a changed heart

Several years ago I lived in northern Quebec, Canada for the purpose of learning the French language. During the very early stages of that difficult task, I met a fellow student named Raul who came from Colombia to learn French. God distinctly nudged me to share the Gospel with Raul. Over breakfast one day, I struggled and strained to share the basic truths of the Gospel with Raul. We had a very limited number of French words in common to communicate with as his native language was Spanish. With the help of a napkin, a pen, and the Holy Spirit, I could tell Raul was understanding the message.  My very first prayer ever in French was to lead Raul to Christ. After the prayer he reached into his wallet as if to pay me for the prayer.  I said, “no, no it’s not like that.” He was actually pulling a picture of Jesus out of his wallet.  He then said that all his life he has wanted to know the Jesus in his wallet. Now, Raul said, “this Jesus is not just in my wallet, now He’s in my heart.”

I would have totally missed that opportunity if only shared the Gospel with those I have a relationship with. The only reason I shared the message is because God put him on my heart.  Even with very limited vocabulary and ability to communicate, the Holy Spirit made the message understandable and Raul’s life was changed. We met every week for a year after that breakfast and he became a great friend and a reproducing disciple of Christ back in Colombia.

Let’s share Jesus with those we know. Let’s invest in them and introduce them to the Lord. But let’s lift up our eyes and look around at the harvest all around us all the time.  Divine appointments are waiting for YOU!

Lord, forgive me for the opportunities I haven’t taken advantage of to share the good news of your Gospel with those I come in contact with. I pray that you will give me more of these opportunities, and that you’ll give me the correct words to say to share your love with those around me. Amen.

Why do you think you don’t share the gospel with those around you – even if they are your friends? What should you do to feel more comfortable sharing the good news with others? 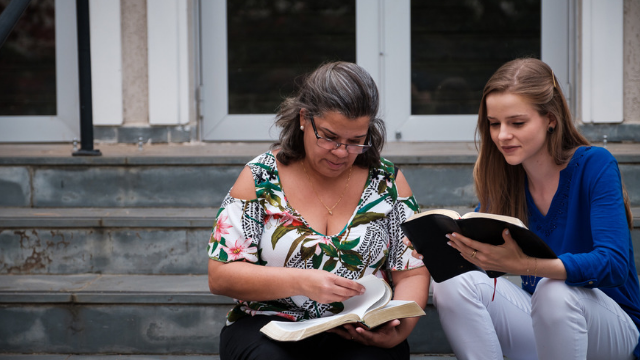 Do you really love your friends if you don’t tell them about Jesus? 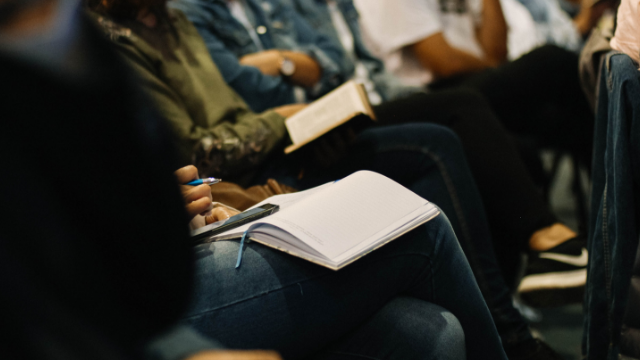 Here’s what you can say when you share the love of Christ. 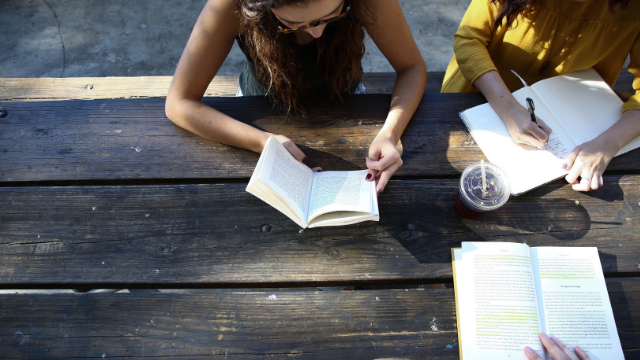 Sharing at Every Opportunity

We can show we care by letting others know about Jesus, every chance we have, so they can share a joyful eternity with the Lord, too.