The Amazing Journey of Faith

Where do we find hope when trouble seems too much to bear?

Do not boast about tomorrow, for you do not know what a day may bring.

He lost his job, had no money to buy food for his children, lost the home they lived in, and then went to prison.

Robert first wrote in 2016 asking for prayer for his situation. An online volunteer named John prayed for Robert, but John did not hear from him again.

Three years later, another online volunteer named Susan picked up the conversation when Robert wrote, “I have been in prison for over 2 years and I thank God for working on my way out…” Since he had no money, he had to wait in prison rather than being released on bail. He could only ask Jesus to take care of his family. He was then acquitted and was now seeking to rebuild his life with his wife and children, after discovering that his prayers for them had been answered while he was away. Susan encouraged him, saying, “Joy wells up from deep within from the indwelling of the Holy Spirit. It fills our mind and heart with joy no matter what our life experiences are. The joy of the Lord Jesus Christ is a great prize and gift for those who belong to Him, who trust and obey, following His will daily”. (John 15:9-11)

Trouble was not done with Robert, however. His father told him that forgiveness from God would never happen unless he did certain things to clear issues from his childhood. Robert desperately asked Susan if this was true – could God only forgive him if he confessed to things regarding people he did not even know?

Susan continued to encourage Robert to place his full trust in Jesus and allow Jesus to work through all the issues facing him. She offered him one of GodLife’s Bible studies, “For Such A Time As This,” (from Joshua, Ruth, and Esther). Robert learned more about trusting Jesus through seeing how God worked in the lives of three women in the Bible. He was determined to trust Jesus just as they had. Susan continued to encourage Robert through these lessons, all the while praying for him.

Robert asked God for the money to be able to start a small business with which he could support his family. Susan joined in that prayer. The very next day, Robert wrote back that he had received a large credit on his phone – enough to do exactly what he had asked God for. Robert wrote he was “praising God to the top of my voice!”

A few days later Susan introduced Robert to the Bible study “Our Spiritual Battle Armor” (from Ephesians 6) and Robert wrote back, “Each day I read the messages I find myself getting more strength as a follower of Jesus.”

About two weeks later, Robert wrote, “You have really challenged me, sometimes I feel weak and stop praying on the way, so it’s because I have not put on strong soldier’s boots.” A month later, when this study was complete, Robert said, “I need more lessons to grow my spiritual growth, because I discovered that, since you started these lessons I am growing stronger spiritual daily, and whenever I am faced with tribulations, financial distress, immediately I read the word of God, I feel peace flowing through my body. Thanks, Susan. More lessons please.” They began a study from James: Faith That Works.

A few weeks later someone robbed Robert’s home. After praying about it, Robert decided to forgive rather than seek vengeance. When asked if he would be willing to share his testimony with others, he replied: “I will be very happy [to help] people to know that our God is a living God, God who is always with us; but as human beings faced with challenges, sometimes we don't recognize Him. Our God is a living God, and He answers prayers in His own unique way and not the way we want.”

Join Robert in prayer: I pray and leave it to Jesus, because Jesus knows everything. I never know God's purpose…I take a Bible and read God's word daily, because He knows us, and our tomorrow is in His hands and not ours. 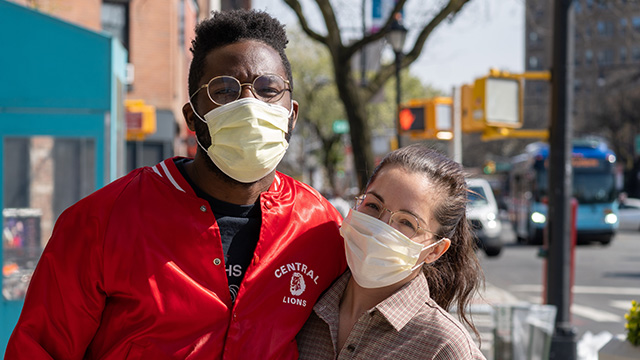 How Can God Use Me In This Evil World?

You were appointed for such a time as this.

In the Palm of His Hands

A story of a transformed life