I have come into the world as light, so that whoever believes in me may not remain in darkness.

The old saying, “All that glitters is not gold,” is truth. Just because something looks like gold and feels like gold does not mean it is gold. Have you ever heard of fool’s gold? It looks like the real thing, but it is worthless. Those who know the real thing well enough know the difference.

On the road to Damascus, Jesus appeared to Paul (Acts 9) and told him he was to open the eyes of the Jews and the Gentiles to bring them out of the darkness into the light, from the power of Satan to the power of God, that they may receive forgiveness of sin and have a place among those who are sanctified by faith in Him. Where do you stand? Are you worshipping in darkness or in light?

Sound churches go by many different names but share the same biblical doctrines. Those who are in Jesus have life because they receive these essential doctrines and have asked Him to save them. They have become a new creation. We are no longer a member of the darkness and must have nothing to do with the world’s pagan religions or practices. We are now in the Light, and we should behave as children of light. (Ephesians 5:8)

In some African and Latin American societies, Yoruba religion and other tribal practices with witchcraft, spiritism and demon guides have been blended with Catholicism or some other forms of Christianity. This practice has created new man-made religions such as Santería, Candomble and Voodoo with their demon spirit guides and curses. They are satanic in origin. These demons are disguised as Catholic saints and are worshiped. Animal and even human sacrifice may also be involved.

Some in Hindu societies add Jesus Christ to the list of Hindu idols to be worshipped as one of their pagan gods. Hindi Christians sometimes find it difficult to come out of participating in pagan Hindu religious practices. As Christians we are to leave the darkness behind. To become a Christian is not to accept a foreign culture associated with Christianity, but to trade darkness for the Kingdom of God.

“You shall not make for yourself any graven image of anything and bow down to it or serve it.” (Exodus 20:4-5)

Come out of the darkness and into the light. God is light, love and life. He brings joy and peace.

“…for the fruit of light is found in all that is good and right and true…  try to discern what is pleasing to the Lord. Take no part in the unfruitful works of darkness, but instead expose them.” (Ephesians 5:9–11)

Any other religion mixed with Christianity makes a separate religion. Chrislam is an example of this. Chrislam also began with the Yoruba tribe in Nigeria, but has now spread around the world. Chrislam is an attempt to mix Islam and Christianity. Chrislam denies one of the essentials: the deity of Christ Jesus. It treats both the Quran and the Bible as Holy texts. Since the Bible contradicts the teachings of Islam, in Bangladesh a new translation of the Bible has been produced, which changes terms and names in order to refer to Jesus as only a prince or Master.

In effect, in Chrislam all become Muslim because the full doctrine of Christ is denied. Christ is the Lord, God the Son and the only way to God. Jesus says, “I am the Way, the Truth and the Life, and no man comes to the Father but by me.” To deny this fact is not to not believe the whole doctrine of Christ. In addition, scripture clearly says if you do not have the Son, the Saviour of the World, you do not have the Father either.

“For many deceivers have gone out into the world, those who do not confess the coming of Jesus Christ in the flesh. Such a one is the deceiver and the antichrist. Watch yourselves so that you may not lose what we have worked for; but may win a full reward. Everyone who goes on ahead and does not abide in the teaching of Christ, does not have God. Whoever abides in the teaching has both the Father and the Son. If anyone comes to you and does not bring this teaching, do not receive him into your house or give him any greeting, for whoever greets him takes part in his wicked works.” (2 John 7-10)

Chrislam, Santería, Candomblé, Vodun and New Age Christianity are counterfeits. They are of the darkness because they deny the Trinity. We are saved only by our faith in the sacrifice of the Son of God and receiving Him as our Lord and Savior. Christianity is about Christ. Fear of persecution leads many into the delusion that a compromise religion would be better. But if we deny Christ, He will deny us. (Matthew 10:33) Christ did not come to give mankind a way to salvation. He said He was “the Way”, and that no one could come to the Father except through Him. (John 14:6)

A child of God cannot worship Jesus in these man-made, false religions. It would be trying to walk with one foot in the light and one in the darkness. It is following a glittering deception: a false peace motivated by fear. Just because something includes Christian terms or practices does not mean it is the real thing. Many first-century Christians were persecuted or martyred when they did not compromise their faith. In peacefully obeying His call to take up their cross and follow Him, they turned the world upside down instead. (Acts 17:6)

Lord, Please, I only want your Light. Please keep me in your Light in all of my ways.

God loves you. Are you in the darkness? Why not come into the Light? Write back, someone will help you. 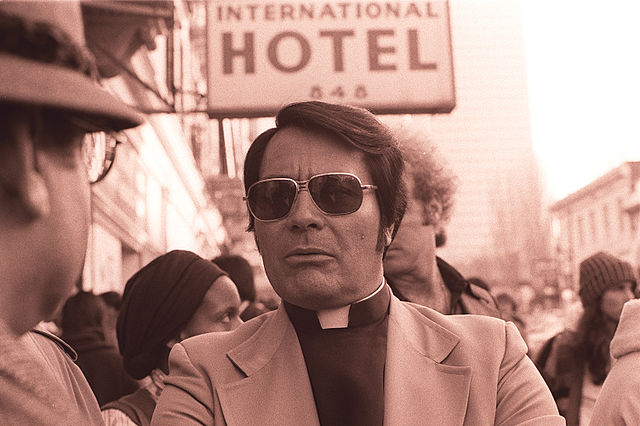 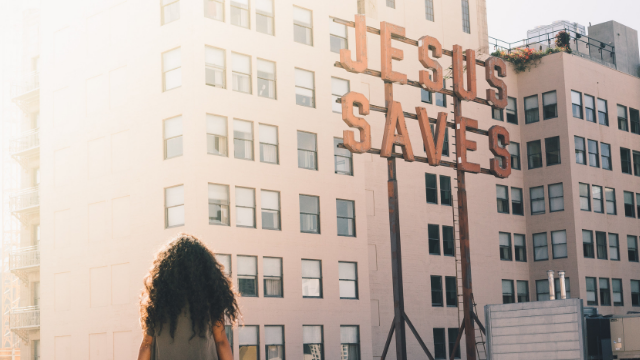 Worshiping God in Spirit and Truth

The Humble Devotion of Knowing God

It's Not About Us