What is God’s Favor?

God is with us—for our good and His glory.

If your life includes some trouble and suffering, you are not alone. Think of Joseph’s story. (Genesis 37, 39-50) He was the favorite of his father's twelve sons. He became second-in-command to the Pharaoh of Egypt. He even saved the ancient world from famine. Surely this was a man in God's favor!

Did you notice what was left out of that story? Stay in only certain parts of Joseph's story and it is easy to see his favor with God. But who could forget his brothers’ betrayal? How he was sold into slavery? How his purity was tested in his master's house? How he was thrown into prison for something he did not do? There's no denying it. Joseph suffered. And his great suffering was a key part of God's plan.

When I am going through hardship, I can’t read my own story and see the note, "the Lord was with him." In fact, it often feels like he is not. Was it different for Joseph? Did he feel out of God's favor when his brothers sold him into slavery? When he went to prison for something he didn't do? Whether or not he felt that way, he came to understand that his trouble did not reflect God’s displeasure with him. He said it himself - what others intended for his harm, God intended for good, to accomplish the saving of many lives. (Gen. 50:20) And not only saving those ancient lives.

His story reminds us that hard times don’t necessarily mean God is displeased with us. He has bigger plans for us to embrace! He’s still writing the story. Some comfort can only come through hardship - and for the sake of the larger story, we have to go through it and pass it on. Remember Joseph. And just think how much poorer we would be if we only knew the easy, comfortable parts of his story!

Dear God, thank you for always being with me. Please help me to remember that hard times don’t always mean you are displeased with me. Help me to feel your love even when I’m in bad situations. I trust your plans for my life, even if I can’t see the bigger picture.

Do hard times mean God does not favor you? Talk with a caring Christian about it. 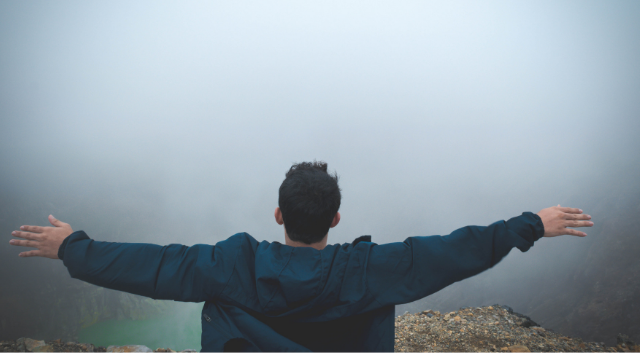 What is God’s Blessing?

What does Jesus say about being blessed?

How can We Have Joy in Trials?

The Bible says our faith is like gold that needs to be purified and refined in fire. The joy comes when we realize the fire makes the end product more valuable and beautiful.